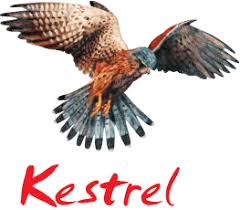 Kestrel are delighted to share with us that Her Majesty The Queen has approved the Prime Minister’s recommendation that Kestrel Liner Agencies Ltd should receive a Queen’s Award for Enterprise in the International Trade category this year.

This is Kestrel’s third Queens Award for International trade spanning two decades, demonstrating the strength of the business and brand.

Now in it’s 56th year, and during the year of HM The Queen’s Platinum Jubilee, The Queen’s Awards are the most prestigious awards for any Company in The United Kingdom, conveying a Royal Warrant allowing the recipient to display the emblems, and fly the flags of the grant.

“It has been an exceptionally hard few years for businesses and this achievement is testament to the resilience Kestrel Liner Agencies Ltd and her valued Partners have shown through these unprecedented times.

Kestrel Liner Agencies Ltd is one of 226 organisations nationally to be recognised with a prestigious Queen’s Award for Enterprise. Announced today (Thursday 21 April 2022) Her Majesty’s birthday, Kestrel has been recognised for its excellence in International Trade. “  End Quote

Kestrel’s business is 100% international and overseas sales have grown over three years by 50%. With management offices in the USA, Hong Kong, South Africa, Namibia, St Vincent & The Grenadines, Barbados, Trinidad, Jamaica and Guyana and Agency offices everywhere else globally. The company wins the Queen’s Award for International Trade for Outstanding Short Term Growth in overseas sales over the last three years.

Andy Thorne,  CEO and Founder of the Kestrel Group was established in Romford, Essex in 1994. Head Quartered in Stansted, Essex, the company has offices throughout the UK and globally in Asia, Africa, The Caribbean, and the USA.

Andy Thorne comments “I am absolutely thrilled to have received this accolade and what it means to me, my family, and our incredible team of people globally who make Kestrel what it is.  I could not imagine when I set the company up that I would receive a Queen’s Award, to receive three is a lifetime achievement that I could not even dream of.  I would like to extend my sincere thanks to all those we work with and for, and to HM The Queen during this incredibly special Platinum Jubilee year”

Kestrel is the only Liner Agent to have been a recipient of a Queen’s Award and is part of a very small number of Companies to receive three Queen’s Awards for International Trade (2010, 2018 and 2022).

Recognised as The market leader, Kestrel is known for it’s excellence of service and commitment to both customer’s and principles (ship owners) alike, and holds the market share of the UK’s liner agency business to a diverse range of global destinations.

What makes Kestrel unique is the thorough depth of knowledge in house, in Containerised, Conventional and RoRo cargo, across all aspects of trade, from Oil and Gas, to renewable cargo and small shipments.

Combining the strengths of the Shipping Lines it represents has enabled Kestrel to provide global coverage, allowing the group to compete against international operators. Each Shipping Line is a specialist in it’s market.

On the occasion of this great Achievement, Kestrel Liner Agencies Ltd would like to extend his heartfelt gratitude for the faith extended to us by the Shipping Lines they represent, their customers, colleagues and employees and the hard work and partnership of these relationships which has made this possible.

May
9
2022
Search our news posts Archive